It was with great anticipation that I traveled to Honolulu to attend the Asian Development Bank Meeting on Monday, May 7th, 2001.

I was invited several months ago to attend the protest that would happen from on the streets fronting the Hawai'i Convention Center. I made a choice, which I am now very happy about, to go inside with Na Kupuna (The Hawaiian Elders). There were about 40 Kupuna from every island that were brought to the meeting by the Aha Ho'okele, which is co-chaired by Maj. Gen. E. Richardson HIANG (Ret.) & Judge Walter Heen (Ret.).

Before the pule, I performed a welcome chant followed by an ancient chant to our ancestors. In my prayer, I asked the lord to help the plight or our people, who welcomed everyone here and now make up the highest statistics in the social ills of Hawai'i and America, yet we are the smallest of numbers in population. I asked the lord to bless our people that are living on the beaches who are homeless and poor, and the protesters who will be marching for our native rights, and the police officers and security guards who are trying to keep peace. I asked the lord to bless the delegates that were present and give them wisdom to help the poor people of the world and to make it a better place for us all. I asked also to bless ADB President Mr. Chino and all his officers to make good decisions, and to bless the Governor and all his cabinet members and the state legislators. And I thanked the lord for this beautiful day in Hawaii, amene. Many people including President Chino and Gov. Cayetano commented on the prayer throughout the days that followed.

Hopefully our participation in the Convention will have some far-reaching effects in helping our Hawaiian people economically be self-sufficient as they once were. The Kupuna were pointing out to the delegates that even though this is supposedly America, our people live under third world conditions. We are landless, yet our culture is land based, and are the poorest of health in the entire nation, most poorly educated, more so than American Natives who live in improvised reservations. We are the most in prison, the most in drug use, the highest rate of suicide, the most child abusers and the list goes on. This is the direct result of our country being occupied and our Kingdom stolen. We are now strangers in our own land. Many of us are trying to overturn these statistics by restoring our culture, language and the will to persevere. Someone had said, "its surprising that there are Hawaiians left after all the harm that was done to their race." In spite of this, we have survived and together "we shall overcome" in the Ku'u One Hanau (The sands of our birth), in these lands of Hawai'i Nei. 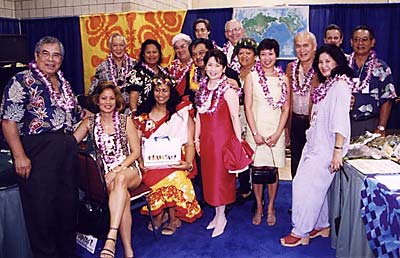 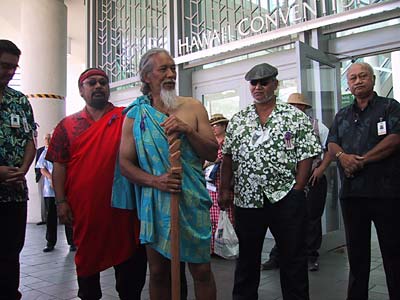 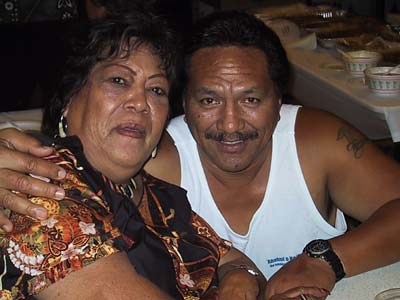 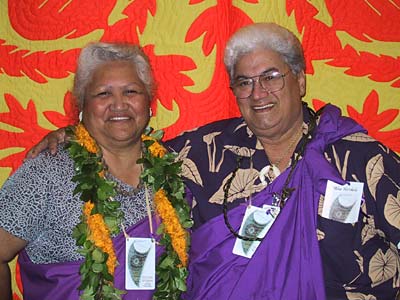 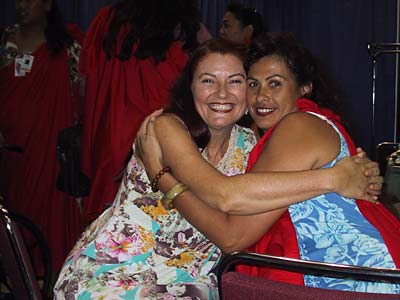 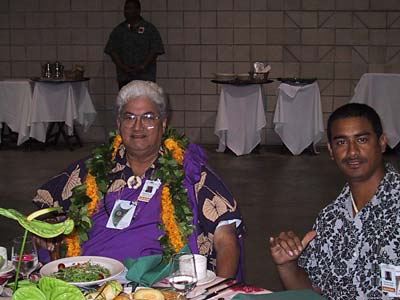 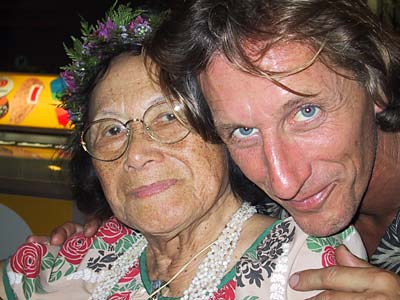 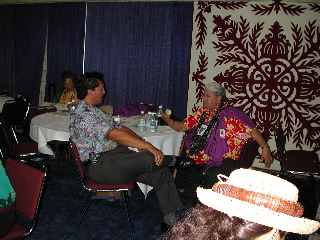 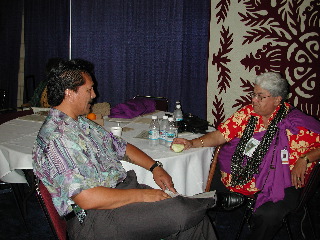